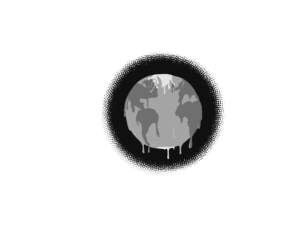 For decades, nation-states and corporations have stallednow addressing the enormous threat posed by global warming. It has now been over 30 years since the planet has experienced a colder than average month. The last four years were the four hottest years on record. Humanity’s emissions of heat-trapping greenhouse gases continue to increase, reaching the highest level ever in 2018. We are on the brink of the collapse of our climate and society as we know it, and we need a global movement to immediately change course to ensure a livable and just future.

The climate collapse induced by global warming is already underway. Human activity has over-saturated the atmosphere with greenhouse gases, causing the planet to warm at an increasingly accelerating rate. Rapid warming has shaken the earth’s ecological systems. This collapse already threatens our very existence, and it is only poised to speed up.

All around us, the effects of climate collapse are negatively impacting millions of people. With just 1°C of average global temperature rise, the frequency and intensity of weather disasters such as wildfires, hurricanes, flooding, and droughts have increased dramatically. Record-breaking temperatures and ever more extreme weather events have become the new norm.

From the deadly wildfires which have ravaged California, to the recent flooding across the South and Midwest, to Hurricanes Michael, Florence, Harvey, Irma, and Maria, in just the last few years across the United States there have been unprecedented losses of life and billions of dollars in damages from climate-fueled extreme weather events. Hundreds of thousands have had their homes damaged or destroyed, and millions have been forced to go without electricity in places such as Puerto Rico. 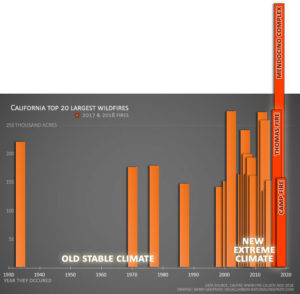 Globally, in just the last few months unprecedented flooding has battered countries from Mozambique, Zimbabwe and Malawi to Australia and Iran, destroying millions of peoples’ homes and damaging billions of dollars’ worth of vital agricultural resources. According to the United Nations, at least 210 million people have already been displaced by such climate disasters, and an average of 60,000 people continue to be displaced every single day. Nearly 1,000 children are dying every day due to the ongoing climate collapse’s extreme weather events.

Rising to the Challenge

With the federal government’s withdrawal from the Paris Climate Treaty, neither government, military, nor industry has committed to making the changes necessary to avert even 2°C of warming. To understand the gravity of this failure, we must recognize that we are risking not just a future doubling of the increased intensity and severity of extreme weather events, but something even worse. Even 2°C of warming is expected to cause many island nations and coastal communities to become completely submerged by rising sea levels. Representatives from these communities have thus charged that a policy of climate denial is a policy of genocide.

But as this country’s most powerful institutions continue to fail us and the planet, we cannot let that stop us from doing what is necessary to reverse course. Rapidly decarbonizing the United States is an essential task facing the global climate movement, and achieving success will require extensive transnational collaboration. In rising to the challenge of cutting emissions, sequestering carbon dioxide, and fighting the power of unjust and environmentally destructive institutions, we can leave a lasting legacy for future generations.

If we fail to act now, scientists are warning that the situation will quickly get much worse, as the process of climate collapse itself is nonlinear and increasingly accelerating. We are already seeing multiple positive feedback loops beginning to activate. The melting of massive quantities of ice decreases the amount of sunlight reflected away from the Earth, increasing the rate of heat absorption. Meanwhile, the Arctic permafrost, which stores more than twice as much carbon, nitrous oxide, and methane as is currently in the atmosphere today, is beginning to thaw and release these greenhouse gases. In other words, as the planet heats up, new sources of greenhouse gas emissions are further accelerating the collapse. These are just two of at least a dozen positive feedback mechanisms in the Earth’s climate system, so once a certain threshold or tipping point is crossed, even a complete freeze on emissions would not prevent the kind of runaway global warming which could wipe out more than 90% of all species on Earth.

A growing body of science shows that this sixth mass extinction is already underway, as the current extinction rate is approximately 1000x the natural background rate due to human destruction. The main questions which remain are how severe will this mass extinction be, and whether we ourselves will survive. In the last half-century, over half of all animal and plant life has been killed due to human actions. Even if this destruction were to stop now, it would take at least five million years for the natural world to recover. Our survival as a species is highly dependent upon the natural world. We rely on rapidly declining pollinator species such as butterflies and bees to pollinate our food crops, not to mention the health of rapidly declining soil ecology to grow our crops in the first place.

If the necessary transitions to avoid total climate collapse do not occur, we risk a billion refugees being forced from their homes by 2050 due to sea-level rise, drought, famine, and other extreme weather disasters, amidst major health crises around the world. For example, scientists are now predicting that an additional one billion people could be exposed to the potentially lethal mosquito-borne Dengue Fever, for which the incidence has already increased by 10% due to global warming. If humanity does not reverse course, 500 million people will face lethal heatwaves on a regular basis and billions of people will soon run out of fresh water.

And this is just in the near future. The survival of human life on this planet cannot be taken for granted. If we do not recognize the scope and severity of the climate collapse underway and take all necessary actions to reverse course immediately, scientists are warning that humanity itself will collapse. Only unprecedented and bold collective action will enable us to rise to the enormity of the challenge we face today.

Spirit of the Buffalo: An Interview with Geraldine McManus from the Frontlines of Resistance to the Enbridge Line 3 Pipeline

Introduction The Spirit of the Buffalo Facebook Page states the following: “Indigenous resistance to Enbridge’s Line 3 pipeline expansion set up a prayer camp in Treaty 1 territory near Gretna, Manitoba, meters away from the Canadian/United States border. Spirit of the Buffalo Camp was established by lighting a sacred fire and conducting a sunrise ceremony, and is […]

From Maui to Mauna Kea: The Thirty Meter Telescope and an interview with Lanakila Mangauil

‘From Maui to Mauna Kea’ is a multi-part series written between October 2019 and August 2020. In part one, I share my research on Hawaii, TMT and the US Military, plus my experience traveling off the beaten path around the islands and interviews I gathered along the way. The world’s most controversial telescope is the […]

Fossil Fuel bailout? Why the Coronavirus is a crossroads for climate action

As the United States becomes the epicenter of pandemic brought on by the novel Coronavirus, or COVID-19, lawmakers have already begun a fossil fuel bailout — a move that could set back efforts to reign in corporate emissions. The U.S. Congress recently passed the CARES Act, a $2.2 Trillion stimulus bill to boost businesses that […]

3 Replies to “Living amidst climate collapse”