New research shows that hemp supercapacitors have the potential to fight climate change by improving how we store renewable energy, while also sequestering carbon from the atmosphere back into the soil and hemp biomass.

As the world continues to expel 33.1 billion metric tons of carbon dioxide into the atmosphere annually, scientists are searching for carbon-neutral and carbon-negative sources of renewable energy and energy storage. In order to avert climate collapse, we need to rapidly develop energy infrastructure that runs on renewable energy sources. And to make renewable energy successful on a global scale, we also need energy storage that is environmentally sustainable.

Lithium-ion batteries have become the standard for consumer electronics and electric vehicles because they pack the most energy storage into the smallest amount of space, but lithium mining still pollutes during extraction, importation, and purification. Lithium-ion batteries also have a finite lifespan of a maximum of 1,000 discharges, contributing to the rapidly rising annual disposal of 53 million tons of electronic waste worldwide.

Furthermore, Lithium and other rare metals used to make lithium-ion batteries are not renewable resources. The massive increase in demand being created for mass adoption of lithium-based electrification in transit would likely ensure that the necessary mineral reserves run out well before the end of the century. To make matters worse, the mining process involved in attaining these minerals not only involves further pollution but also in some cases forced child labor.

The additional carbon emitted during the lithium battery production process also undermines their potential to provide the rapid reduction of greenhouse gases which is necessary to prevent runaway warming. In a 2019 study, scientists evaluated these emissions and estimated that a standard lithium-ion battery-powered electric car offers no climate benefit over a diesel car for the average European driver until seven years of use.

With scientists warning that we now have less than a decade to cut our global carbon emissions by at least 50%, finding an alternative to relying on lithium-ion batteries to defossilize the transit sector is an absolute necessity.

For all the benefits that electric vehicles can offer, serious political and technological problems involving energy storage remain in the way of a just transition to electrified transit on a large scale. In light of these challenges, it is all the more significant that promising new research is showing that the call for efficient, ethical, and inexpensive energy storage and delivery systems as an alternative to Lithium-Ion batteries may be answered by an unlikely contender: hemp supercapacitors.

Hemp as a Climate Solution: Enter the Supercapacitor

Hemp has been studied as a climate change solution for decades, due to its many eco-friendly applications and great potential to provide substitutes for petroleum or deforestation in industries such as paper, biofuels, plastic, and fabric.

When farmed using regenerative techniques, hemp is capable of sequestering 15 tons of carbon dioxide per acre annually – and that’s just in the soil. As a rapid generator of biomass, it is also capable of providing the raw material for a wide variety of carbon-negative products, such as those mentioned above. Altogether, a hemp field’s sequestration potential has been estimated to be at least twice that even of forests. 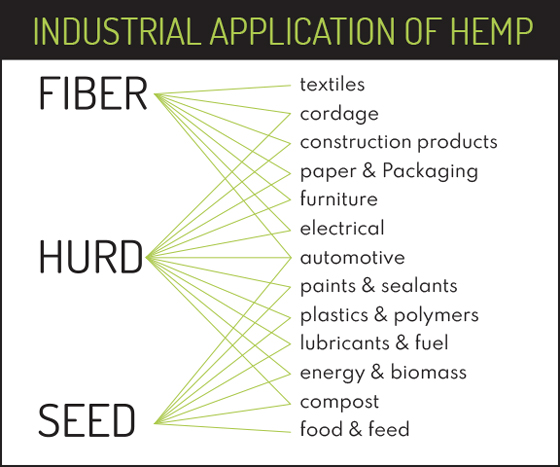 While some hemp products such as paper and fabric have been made for millennia, it is only within the last decade that scientists have discovered how hemp biomass can also be used for energy storage – and this new field of research is looking increasingly promising.

These new studies have shown that when hemp is made into activated carbon, the resulting material has a highly porous microstructure with dense capacity for ion storage and transfer, a central element in electrical conductivity.

Based on these properties, in 2014, researchers at the University of Alberta/National Institute of Nanotechnology successfully conducted an experiment in carbonizing hemp, crystallizing it into nanosheets, and implementing it in a supercapacitor system.

The hemp supercapacitor they designed proved capable of doubling the energy storage of a comparable graphene supercapacitor, the industry standard; and it could be produced at five hundred dollars per ton of biomass, as opposed to the two-thousand dollar per gram rate of Graphene – over a million times more cost-effective.

A capacitor shares the same mechanical structure as a battery, but it uses static electricity instead of chemical energy. The insulator in a capacitor is called a ‘dielectric,’ which prevents the opposing plates from touching.

Supercapacitors recharge in seconds and have a greater power density, meaning they recharge much faster than lithium-ion batteries. Using a supercapacitor, you could recharge your electric vehicle in a matter of minutes rather than hours. Lithium-ion batteries, however, have a greater energy density, meaning they store more energy in a smaller physical space.

The process of turning a hemp plant into a microscopic sheet of carbon is an incredible feat of physiological manipulation and chemical reconstruction. A variety of similar approaches have been tried and tested since the first hemp supercapacitors were produced in 2014. In short, they all involve pyrolyzing hemp fiber and turning it into activated carbon, then transforming the activated carbon into thin layers which can be built into a supercapacitor’s dielectric.

The procedure published by professors from Jilin University in Changchun, China in 2019 provides a helpful illustration of one method of production:

To start, they rinsed their hemp stems with deionized water, heated them at 140F, and then pulverized them into powder. The powder was then heated at nearly 600F for three hours and pressurized with argon gas in the absence of oxygen, a method of destructive distillation and carbonization. The charred hemp was then removed and washed in a one-to-five ratio of zinc chloride, completing the carbonization process. For purity, the activated carbon was then heated at over a thousand degrees for several hours, a process called pyrolysis, and then soaked in a hydrochloric acid solution for 24 hours to remove residual inorganics before being repeatedly washed with deionized water until neutral pH is achieved.

The result is an activated carbon sample of hemp now similar in chemical structure to a piece of coal. Indeed, as one study noted in 2016, this is literally a specialized process for making hemp biochar, which like other forms of biochar can have a wide variety of applications in the field of carbon sequestration.

The researchers then documented these changes using a powerful microscope with an electron beam accelerator to survey the microstructure of the activated hemp carbon, a technique called electron microscopy. This revealed the mesoporous and amorphous structure of the activated hemp carbon, meaning that it had an indefinite shape with lots of edges and notably wide pores. This physicality gives activated hemp carbon its high surface area for ion transfer and low thermal conductivity. Furthermore, this physicality can be amplified by soaking the sample in negative three-hundred degree liquid for 24 hours, a technique using cryogenics.

After using a similar method, researchers from the Clark University in New York crystallized their activated carbon into nanosheets and built a hemp supercapacitor, which supplied 49kW of electricity at three times higher than a typical supercapacitor built with materials at equal density, all while being able to conduct at temperatures below freezing and up to 200F – a temperature range which far surpasses that of lithium-ion batteries (while avoiding the potentially deadly problem of overheating as well!)

The hemp supercapacitor is an exciting invention because it supports the theory that any porous carbon-based biomass can be used as an electrode alternative. Already, studies implementing carbonized coconut fibers, spiderwebs,  bamboo, and even inoculated Staphylococcus Aureus have been used to substitute anodes in lithium-sulfur batteries and prevent the “shuttle effect,” or the dissolution of lithium polysulfide ions to the electrolyte, by storing sulfur within their mesoporous interwebs. All of this is significant because it means that an increasing number of components of energy storage systems can be made by sustainably harvesting carbon from the atmosphere instead of via mining.

Already in 2013, National Geographic was reporting that for certain applications supercapacitors were capable of replacing batteries entirely, such as for regenerative braking on hybrid buses and providing energy bursts to adjust wind turbine blades in changing wind conditions. Indeed, by as early as 2006 hybrid supercapacitor buses were being deployed in China, with the U.S.-Chinese joint manufacturer claiming cost and distance benefits of 40%.

While a full-electric vehicle using supercapacitors has yet to be built, with recent advances in supercapacitor design they may be just around the corner. A 2014 study by scientists at Rice University and the Queensland University of Technology investigated a novel integration of supercapacitors in vehicle design, exploring how they could be built into “body panels, roof paneling, floors, and even doors.” According to study co-author Jinzhang Liu, once supercapacitors are capable of greater energy storage, such a vehicle “could be entirely powered by the supercapacitors in its body panels.”

Greater energy storage is precisely what hemp supercapacitors have already been demonstrated to bring to the table, but whether those improvements are enough to bridge the gap remains to be seen. Yet other promising developments indicate that supercapacitor energy storage on par with lithium-ion batteries is getting closer.

Just last year, a team of scientists from the Chinese Academy of Sciences and University College London demonstrated a proof-of-concept supercapacitor which, by fine-tuning the pore-size of the graphene sheet used, attained another major breakthrough with “the highest ever reported energy density for carbon-based supercapacitors.”

Should such new design methods be integrated with the manufacture of hemp supercapacitors, it may very well be possible that lithium-ion batteries are no longer necessary for some all-electric vehicles, and in other areas of electronics as well.

And whether the technology ultimately overtakes lithium-ion systems entirely, it will still remain essential to integrate hemp supercapacitors within an overall strategy for overhauling energy and transit systems. No matter how much energy storage hemp supercapacitors are capable of, using them to help achieve carbon negative transit and rapidly reduce pollution will always be more effective when combined with localizing production, decreasing energy consumption among the wealthy, increased reliance on walking, biking, and public transit, and a just transition to renewable energy.

By sequestering carbon, reducing waste, cutting back on toxic leaching through electronic pollution, and minimizing our reliance on mining, we can create a more interconnected Earth with cohesive interaction between agriculture and energy industries. Many exciting possibilities are on the horizon, and with more investment and projects, hemp supercapacitors could become an essential part of how we rebuild energy infrastructure symbiotically with the earth’s climate and all ecological systems.

What is an Earthship? At the corner of 41st Street and Lancaster Avenue in West Philadelphia, Rashida Ali-Campbell is pioneering the world’s first urban Earthship.  An Earthship is a type of sustainable housing structure first developed in Taos, New Mexico by architect Michael Reynolds. The autonomous, off-grid house takes care of human’s six basic needs […]

The Permian Highway Pipeline and the battle for Texas’ future

This story has been updated as of October 25, 2019. The Permian Highway Pipeline is slated to run 430 miles through Texas, but a coalition of environmental organizations, local governments and private landowners are standing in the way to protect their land, water and future. In 1996 Richard Kinder left his job as President and […]

On March 5th, 2021, the Anishinaabe Agriculture Institute sponsored the 4th Annual Indigenous Hemp Conference. The theme of the conference was Giigikendamowin Bagami-ayaa Wiinibwaakaawin, “Let the Knowledge of Our Past Become the Wisdom of Our Future.” This article is the first of a series of transcriptions composed by Branch Out of the videos of the […]