Scientists are now warning that the deforestation of the Amazon Rainforest is on the verge of reaching an irreversible tipping point, which would have staggeringly catastrophic impacts for the region and the planet. This deforestation follows an economic scheme, in which Indigenous Sovereignty is denied, Land is seized, Forest is destroyed, and large corporations profit from exporting the beef, soy, and timber that are produced on the destroyed land. This is an ongoing campaign of genocide foundational to Brazilian colonialism, and taking collective action to protect the Amazon Rainforest and support its Indigenous Defenders could not be more important in the face of these threats.

Here are nine ways you can help save the Amazon Rainforest by joining the Indigenous-Led Boycott of Brazil:

1. Respect Indigenous Leadership – the Boycott of Brazilian Deforestation Products was called for by The Articulation of Indigenous Peoples of Brazil (APIB), an alliance of more than 300 Indigenous Tribal Nations of the Amazon Rainforest living within Brazil’s borders. They are calling on allies around the world to boycott products linked to Brazil’s deforestation supply chain in order to make the enterprise unprofitable and politically pressure the Brazilian Government.

2. Grow Your Own Food – The most impactful way to participate in the boycott is by growing your own food. This way, there is no confusion over supply chain or animal feed, and you can be actively & directly involved in growing local and organic alternatives without carbon-polluting food miles or GHG-emitting fertilizers and petroleum-based pesticides. As growing your own food requires land, time, & commitment, finding like-minded people to start a community garden can help in a number of ways. And it’s not all or nothing – the more you can do, the better.

3. Shop Local & Organic (Farmers’ Market) – If you don’t have the time or ability to grow your own food yet (whether individually or communally), the next best option is to obtain your food local and organic, minimizing emissions by avoiding food miles, agro-chemicals, and factory farms. If you have a farmers’ market near where you live, that is a great way to do this and support local farmers.

4. Avoid Brazilian Meat Supply Chain – If a local & organic food supply is not readily available, the next best option is to avoid the products and brands supplied by Brazilian Deforestation when you are grocery shopping. You can find a list of these brands here, as previously reported by Branch Out:

Many others use JBS Beef and Marfig Global Foods, which provide beef for companies such as Nestle, McDonald’s, RBI, Subway and Wegmans.

To identify any others, 789-790 is the Brazilian bar-code identification number to look out for.

It is important to note that the majority of Brazilian soy (upwards of 80%) is used as animal feed. Some of this is used within the country, but much of it is exported around the world where companies in the deforestation supply chain then label their final food products as being produced elsewhere.

5. Buy from Small Grocers – If possible, while avoiding the supply chain also avoid the major corporate grocers above that stock large amounts of Brazilian meat. This is a way of maximizing pressure on these companies to stop profiting from the Brazilian Genocide because if we continue to buy their other products the boycott has less of a financial impact. Small grocers like local corner stores are less beholden to large deals with these corporations, and can more easily switch their business model, leaving them more open to persuasion (consider starting a conversation!)

6. Buy only used or certified wood furniture and products – The Boycott is not just limited to food. The Amazon’s trees, when cut down, are also illegally trafficked on a “massive and global scale”, and the wood’s source is often obscure leaving the customer in the dark. Buying only used wood furniture does not contribute to the demand for new deforestation, which is a global problem – as also evidenced by the ongoing deforestation of the Congo Rainforest for American consumption. If new, buying only certified wood furniture can help contribute to supporting Native communities & sustainable management.

7. Divest & Move Your Money – Many big banks, such as commercial giants  Citigroup, JP Morgan Chase, and the Bank of America, as well as major investment portfolio managers like Vanguard and Fidelity, have invested billions in the destruction of the Amazon and profited from the ongoing genocide & ecocide. As these financial institutions are still investing billions in the oil industry and other climate destroyers and may use your deposits for this purpose, Moving Your Money to a small bank or local credit union is an effective financial boycott.

8. Spread the Word – Help #BoycottBrazil trend on social media, and make sure people are armed with the facts about how they can boycott and why this issue is so important. Read and share Branch Out’s in-depth articles on this crisis such as The Brazilian Holocaust, To the Slaughterhouse, and Global Village to help educate your friends and family on the importance of taking action. 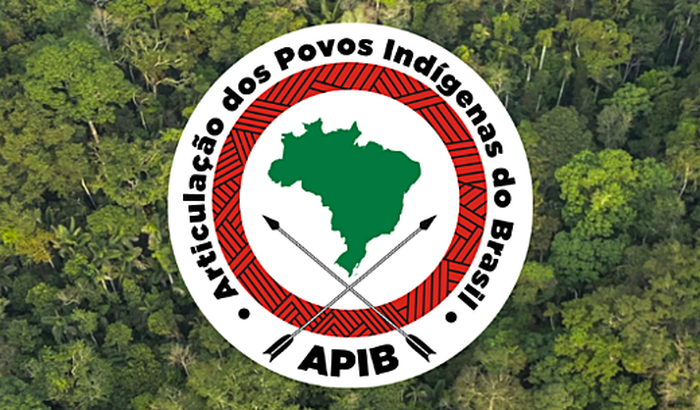 Hundreds of protesters led by a coalition of Indigenous youth activists and environmental organizations marched around Washington, D.C. on Thursday, April 1st, carrying a 320-foot long black snake. The snake is a direct reference to an ancient Lakota prophecy and symbolizes fossil fuel pipelines, such as the Dakota Access Pipeline, DAPL, and the Enbridge Line […]

Over the last year, at least three Water Defenders of the Yaqui Tribal Nation in Northern Mexico have been murdered or disappeared due to their spirited efforts to prevent the ongoing theft of water by the Sonoran Government which is devastating their community’s health, livelihoods and ecosystems. The murder of Luis Urbano Dominguez Mendoza and Agustin […]